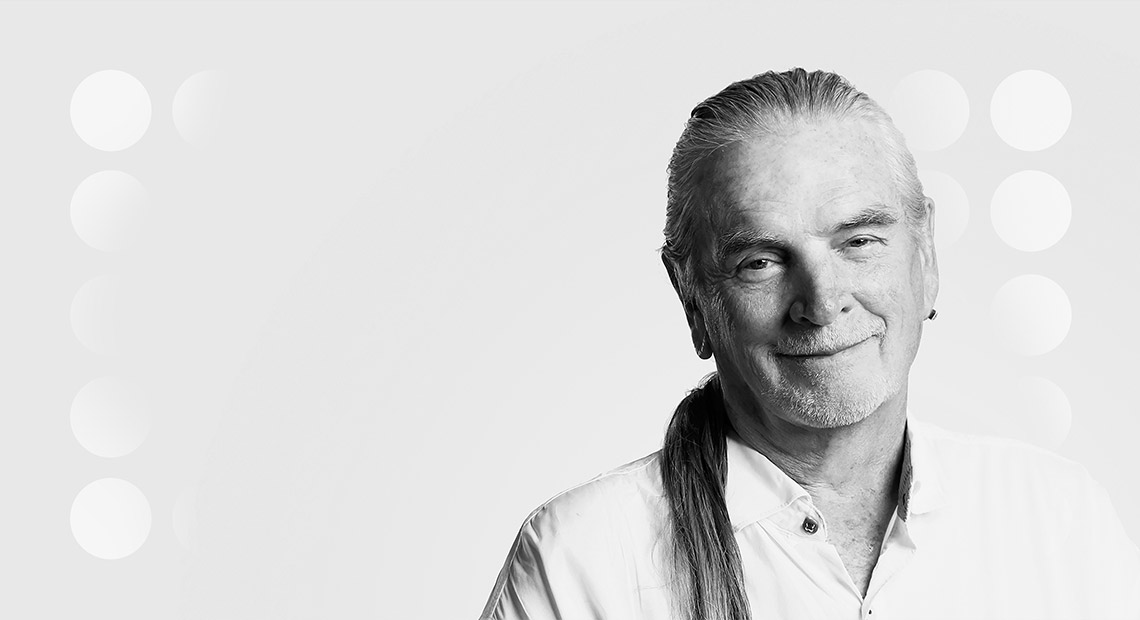 We’re excited to announce the Dallas/Fort Worth affiliate of Alliance for Women in Media (AWM) has named Tom Moroch, founder and principal of Moroch, as the recipient of the 35th annual Silver Award of Excellence Lifetime Achievement Award.

The Silver Award of Excellence Lifetime Achievement Award is presented annually to a media professional in Dallas/Fort Worth who is above reproach both in regard to the hiring and promoting of women and promoting and helping the media business; directly contributes to the community at large; has made a direct, positive impact on the DFW media community; solely represents a commitment to excellence; and whose accomplishments are an example to others in the media and business community.

On November 1, 1981, Tom opened Moroch and  Associates, with  11 people on the team – six women and five men. Three men were in leadership positions, and, equally, three women were in leadership positions. This was the “first signal” of what was to come over the next 36  years (and counting), when it comes to the role of women in Moroch’s journey. Prior to launching Moroch,  Tom led the Dallas operation for a very successful agency based in  Oklahoma,  the Lowe Runkle Company. In 1935, Mr. Runkle managed the Oklahoma City Office for Dallas based Glenn  Advertising. Mr. Runkle approached Mr. Glenn and told him he wanted to start his own agency and dream. Mr. Glenn sold Mr.  Runkle the OKC operation for $1, and coached Mr. Runkle in the early days as an owner. In 1981, Tom approached Mr. Runkle with the same premise and dream. Mr. Runkle sold Tom the Dallas operation of Lowe Runkle for $1. This legacy and DNA of generosity and creating opportunity for others carried forward with Tom throughout the years.

Prior to founding Moroch 36 years ago, Tom served four years in the Criminal Investigation Division of the United States Army and did a tour of duty in Vietnam. He later served as the Director of Field Marketing for Kentucky Fried Chicken before beginning his long-standing partnership with McDonald’s. Since then, Tom has grown the company to an integrated agency serving over 30 brands.

Throughout the years, Tom has been honored by countless industry organizations. He was inducted into the AAF Southwest Advertising Hall of Fame in 2010. Just a few years later, the agency joined Tom as an inductee of the Southwest Advertising Hall of Fame, receiving the organization’s annual “Governor’s Award”. He was also recognized nationally with the Paul Schrage Lifetime Achievement Award and the McDonald’s Larry Zimmerman Legacy Award, both in 2013. In 2017, Dallas 500 named Tom one of “The Most Powerful Business Leaders in Dallas-Fort Worth”.

“Tom, the person, is even more impressive than Tom the marketer. He was always the first to support our Ronald McDonald Houses, our diversity symposiums, or a competing agency in need,” said Ralph Alvarez, Retired President and COO, McDonald’s Corporation. When Tom launched Moroch in 1981, he had only one overarching operating principle that is as present today as it was back then.  “Do the right thing”. While Moroch tries to “do the right thing” in all aspects of business, one very important application is giving back to and supporting the communities that helped make us successful. From 1981 to 2017, Tom and the agency have donated time, talent and treasure to a broad list of beneficiaries. Tom has established charities, served on many Boards of Directors, donated countless hours of volunteering, and created many campaigns for awareness and fundraising. In 2017, Moroch passed the $12 million mark in contributions to more than 100 organizations – $2.9 million in financial contributions and over $9.5 million in services and pro-bono work.

Tom is known for his iconic white suits, which is famously worn to a new business meeting to stand out among the heads of other agencies, all dressed in grey or blue. But when he’s out of the office and out of the suit, he enjoys a good game of golf, cooking a homemade meal, and enjoying the comradery of his family.

In her nomination of Tom Moroch, Claudia Schaefer, Chief Marketing Officer at Jamba Juice, said “There were many guiding principles that I learned from Tom and have taken with me on my career path. Those values including integrity, honesty, remembering your friends, and helping them on their journey, have shaped me into the leader I am today.”

Melinda Yoder, Chief Operations Officer at Moroch, added “Today, for many, hiring and promoting women is a box to check. I never felt that Tom hired me or promoted me because I was a woman. He hired me, promoted me and, furthermore, supported me because he saw me as his equal. His advocacy was never a box to check. It was a foundational belief in equality and doing the right thing.”

The 35th Annual AWM Awards of Excellence Gala recognizing Tom Moroch and top DFW media professionals will be held Thursday, April 5, 2018 at the Dallas Hyatt Regency Hotel at 6:00 PM. For more information about the gala, go to www.allwomeninmedia-dfw.org.

Alliance of Women in Media is a national, nonprofit organization of men and women who work in the media and allied fields. Founded in 1951 as American Women in Radio and Television, AWM (formerly American Women in Radio and Television) is proud to represent men and women engaged in all aspects of creating high-quality media and related services. AWM harnesses the promise, passion and power of women in all forms of media to empower career development, engage in thought leadership, and drive positive change for our industry and societal progress.

Press release courtesy of the Alliance for Women in Media.

Share this:
posted on
March 14, 2018
written by
Kenley Jones
HomeWorkAboutCareersNewsContact